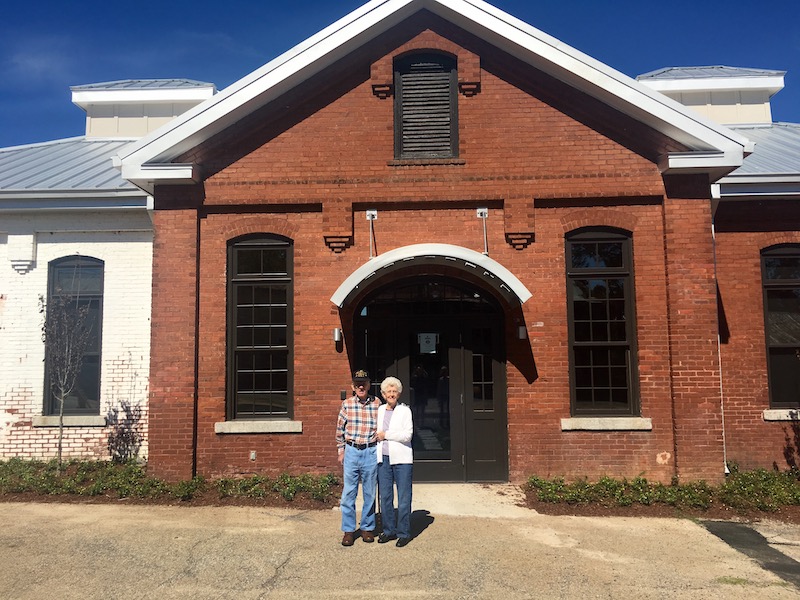 Mary and Alton in front of the Bakery Building

“It was something,” says Alton Ray Blanks, looking up through the skylight of the historic Bakery at BullStreet in Columbia, S.C. “History is fading fast. I never dreamed that I would be able to come back and see the Laundry.”

Alton Ray Blanks and his sister, Mary Blanks Lucas, visited the Bakery at BullStreet ­– located at 1721 Saunders Street, Columbia, S.C. – on October 10, 2016 upon seeing news of the renovation of the historic building in a local newspaper.

The Bakery at BullStreet, adjacent to Spirit Communications Park, was renovated over the summer of 2016 as part of the new BullStreet District, on the grounds of the old South Carolina State Hospital. The former bakery space, which sits across from the soon-to-be-renovated historic Laundry building, now houses SOCO co-working space (their second location in Columbia) and The Iron Yard code school.

But this wasn’t their first time visiting the space: The brother and sister’s father, Walter N. Blanks Sr., was the superintendent of the hospital’s laundry facility in the 1920s. Alton and Mary grew up in a rural area of the S.C. State Hospital grounds and often visited the original Bakery and Laundry as children. Their mother was a nurse at the hospital during some of their years on the grounds…