A public park open 365 days a year and home to the Columbia Fireflies. Segra Park seats 9,077 fans, and was named ballpark of the year in 2016. A technological marvel and one of the region’s newest social spots for friends, families and fans. Come cheer at BullStreet.

Hughes Development Corporation donated the land for the stadium and its entrance plaza to the City of Columbia as part of a partnership to get BullStreet off the ground. Segra Park, owned by the City of Columbia, is leased and managed by Hardball Capital and is home to the Columbia Fireflies Minor League Baseball team. In its first year, the stadium was awarded Ballpark of the Year by Ballpark Digest magazine, welcomed more than 300,000 visitors to the site and has exceeded all expectations. The Fireflies lease guarantees that Minor League Baseball will be played in Columbia for the next 30 years in a world-class stadium

The ballpark, whose concourse is a 1/3 mile walking/running loop, is actually open to the public daily from 7am until dark unless there are ticketed events or baseball games, in which case the park closes 3-4 hours beforehand.

Segra Park seats 9,077 fans, and is considered one of the best minor league ballparks in America. Ballpark Digest named it the 2016 Ballpark of the Year, and went so far as to say it is "one of the best ballparks opened in the last decade." Segra Park features twelve different kinds of seating, including box seats, suites, and bleachers. It features a 35-person board room, a 400-person club lounge, and a 100-person private balcony, each with their own catering and bar options.

This park is the centerpiece for the new BullStreet District. It was the first new building that Hughes Development erected on the ground of the old South Carolina Mental Hospital and it continues to be the most popular so far. 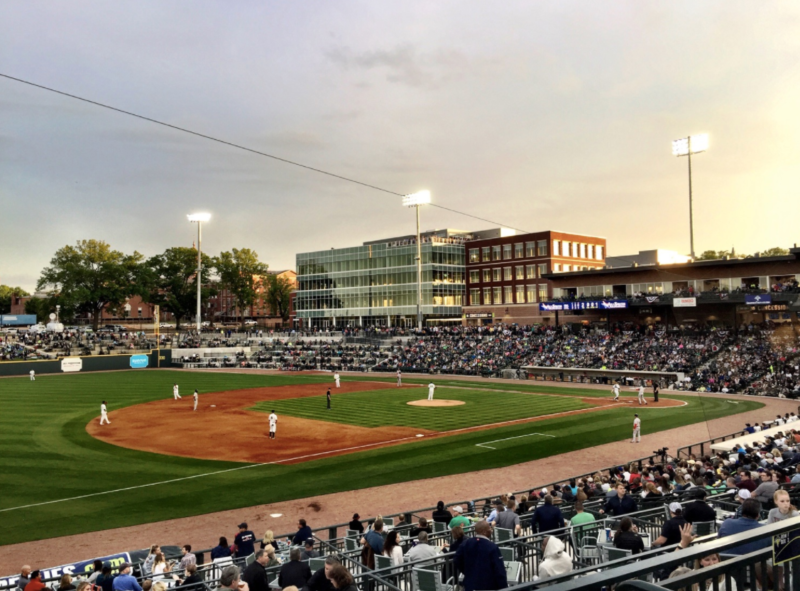