Bone-In is coming to BullStreet.

The building served as the former state hospital’s morgue and research laboratory. Hall said he is neither bothered by the building’s past – it has been completely gutted – nor plans to play on it. There will be no death-inspired dinners or drinks.

“That wouldn’t be respectful,” Hall said.

BullStreet, at 181 acres, is considered the largest land deal in Columbia history. Master developer Hughes Development Corp. of Greenville plans a 20-year build-out of the campus, which began with the construction of the mostly public $37 million Spirit Communications Park, home to the minor league base Columbia Fireflies, and the adjacent First Base Building, a four-story office and retail building.

The Ensor Building is located adjacent to the ball park’s entrance. It will feature roll-up garage doors and a large outdoor patio overlooking the ballpark’s main plaza.

“We’re finally opening our bricks-and-mortar restaurant,” said Hall, a Lexington native trained in New York. “Now we can see our customers every day.”

To celebrate the occasion, Hall’s Bone-In food truck will be serving in front of Spirit Communications Park from 5 p.m. to 8 p.m. before and during Friday’s Fireflies game.

The restaurant will be the first at the BullStreet campus. In addition to workers in the adjacent First Base Building, Hall said he plans to draw customers primarily from nearby Palmetto Health Richland hospital and state agencies such as DHEC, as well as downtown and the Cottontown and Elmwood Park neighborhoods.

“I am ecstatic about BullStreet,” Hall said. “Everybody is talking about it. It’s stunningly beautiful. I’m not sure I would have opened anywhere else. There is something so exciting about being part of something so big and so important from the ground up.”

After launching the Bone-In Artisan BBQ on Wheels food truck in 2010, Hall appeared on the Cooking Channel television shows “Man Fire Food” and “Eat St.,” which also was aired on Food Network Canada and Food Network Europe, as well as the Travel Channel’s “BBQ Crawl” and Bravo’s “Newlyweds.” His work was recognized in GQ and Smithsonian magazines, as well as a wide array of Midlands and S.C. press outlets.

Hall set his focus in recent years on growing Scott Hall Catering. Hall will use the kitchen at the Ensor Buiding to increase capacity and expand operations. The full-service catering firm is known for its weddings and special event work such as the Columbia Museum of Art gala 2017, as well as events for companies such as Palmetto Health and BlueCross BlueShield of South Carolina.

Hall also co-owns and operates Corley Mill House and Garden in Lexington with his family, a circa 1908 mansion used as event space and specializing in weddings.

“Our roots run deep in Columbia, and we want to blend our heritage into the transformation of BullStreet to create an authentic local dining experience that will make Columbia and all of South Carolina proud,” he said. 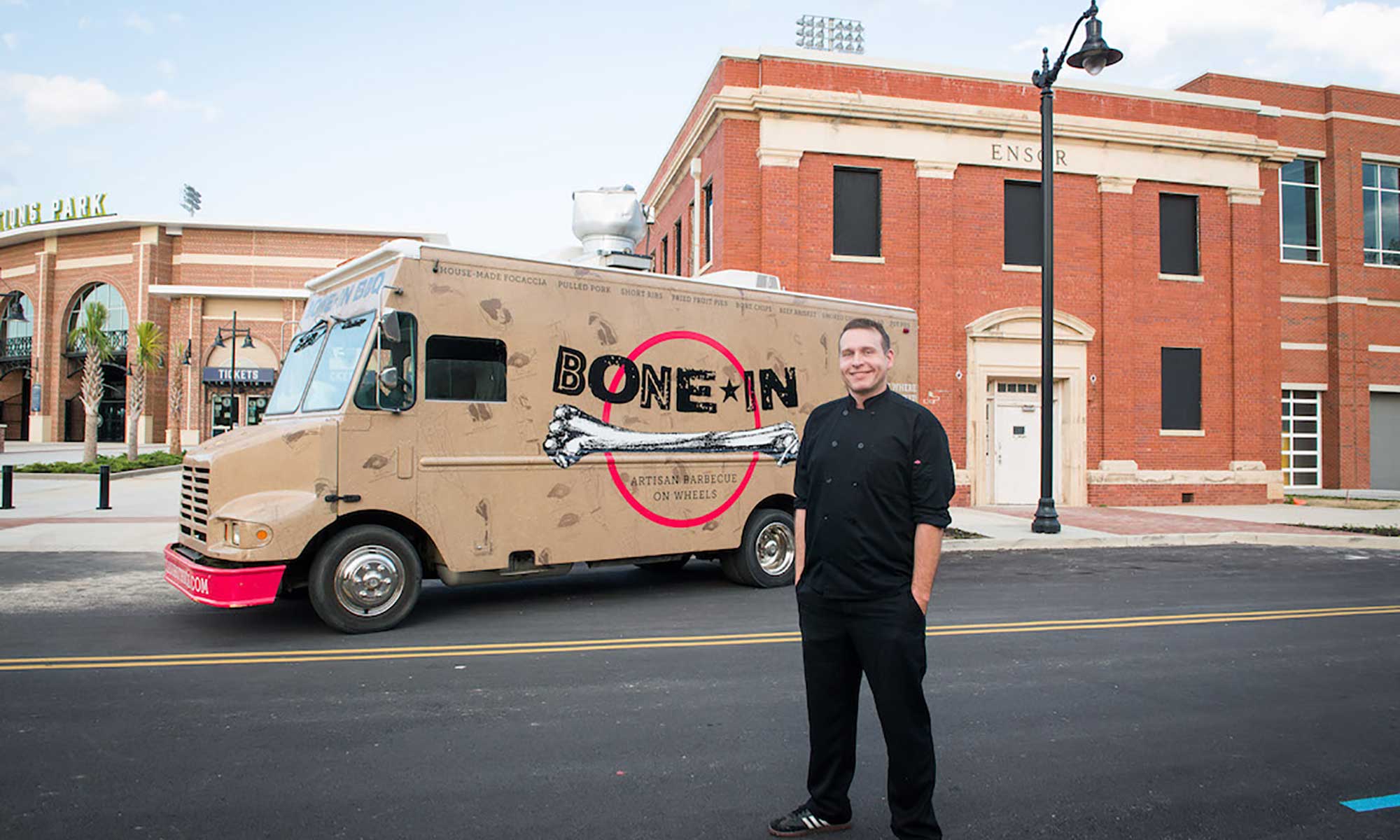